You are here: Home / Xavier Rambla 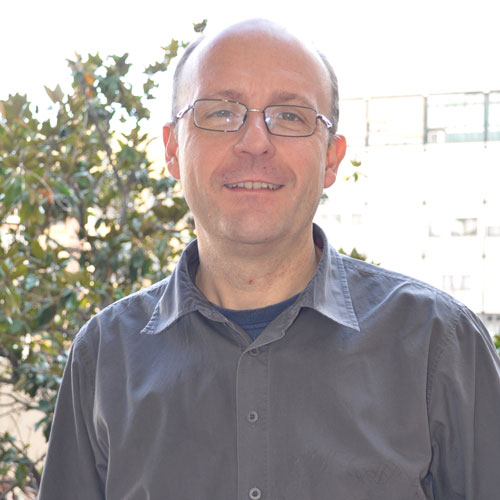 Xavier Rambla is Associate Professor of sociology at the Univ. Autónoma de Barcelona (ESP), and was lecturer at the Univ. Vic (ESP, 1995-2001). He has led research projects on Education for All in Latin America (2009-2011), as well as on education and anti-poverty policies in the Southern Cone (2006-2008). He has also collaborated in projects on education and social cohesion in Europe (2003-2005), and critical co-educational action- research in several regions in Spain (1995-2000).

As a visiting lecture, Dr. Rambla has taught education, globalisation and inequalities in a number of European and Latin American universities for short periods.

At the Faculty of Political Science and Sociology (UAB), he has been responsible for strategic planning (2006-2008) and the Bachelor’s Degree in Sociology (2009-2011), and has convened the mixed commission in charge of creating the students’ council (2009-2010).

He has also contributed to connect academic research with professional practitioners by collaborating as a consultant with some civil society organisations.